STAND OUT AS A GLOBAL FINANCE PROFESSIONAL 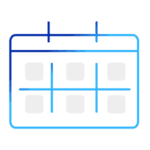 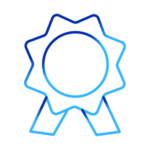 Get an Internationally recognised degree.

Open up challenging new opportunities at both local and international levels

GET THE APPLICATION FORM

The Master in Finance brings a global approach in Finance

Among the Top 10 best Master Programmes ranked by Eduniversal

Equivalent to a BAC+5

GET THE
INFORMATION KIT

Get the information kit containing the pricing, the course calendar and payment terms.

OF SEMINARS AND WORKSHOPS

Economic and Financial Environment of the Organisation

With a rich history of eight centuries of excellence, Université of Paris 1 Panthéon-Sorbonne, is one of the best French universities recognised internationally.

Better known as IAE de Paris, the world-renowned Sorbonne Business School is an establishment which specialises in Management and Finance courses. It derives its specificity through its range of Executive Masters’ programmes where three-quarter of its students are relatively young (< 35 years old) and settled in their professional careers who study on a part-time basis either in Paris or somewhere else in the world.

Sorbonne Business School is particularly dedicated to continuous executive education, and it has established a presence at the international level with offices in China, Japan, Vietnam, Lebanon, Algeria, Morocco and Egypt and in Mauritius since more than 15 years

For more information do contact us by filing in the form